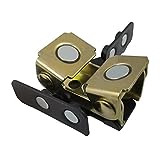 Under hoods are extractor hoods. They filter and suck off the vapors that form during cooking and baking, and thus clean the air. As a rule, a substructure hood consists of a filter which consists of either washable metal screens or disposable nonwoven mats, an operating unit and a workstation lighting. There substructure hoods can be operated in three different ways, forced air hoods and hybrid hoods are additionally equipped with an odor filter.

There are many different models. In Germany, the substructure hood is most often installed. She is a simple one Hoodunder one closetcan be mounted. It is advantageous that it can also be retrofitted. substructure hoods but can also be mounted freely on the wall. It is often installed because it can be mounted in the most space-saving way under a wall unit. In addition to the under-hood there are still island hoods. Flat screen hoods. wall Hood, Ceiling fans, fan components, table covers, ceiling lift hoods, intermediate hoods and dump hood hoods.

After the under-hood has filtered and extracted the vapors, they can either be sent outside as exhaust air, or be used further. That depends on which technique the under-hood is working with. There are three different types. First, there is the under hood, which is equipped with a simple grease filter. These are exhaust hoods. They filter the fat from the vapors and direct the exhaust air, through pipes, out of the house. Exhaust air hoods must therefore be mounted directly on or next to an external wall. Often simple exhaust hoods for a heating energy loss, as the heat passes unhindered, through the pipes, the simple uninsulated backflow flaps and the necessary breakthrough, to the outside. A heat-insulated electronic construction kit can prevent this, because here the flap opens only when the substructure hood is switched on.
Another type of substructure hood is the recirculation hood. This is equipped with an additional odor filter. The odor filter is an activated carbon filter, which is necessary with the air circulation hood, since the filtered vapors are led back into the room again. It is advantageous here that no heat energy is lost and in addition even energy is saved when the warm vapors are conducted into the room. However, recirculation hoods do not clean the air as effectively as the simple exhaust hoods. In addition, not only the grease filter, but also the odor filter must be replaced regularly, which is associated with additional costs. Another problem arises when the house, or the apartment, is not properly ventilated, because then collects the moisture that is produced during cooking and baking, and can cause mold, which not only looks ugly, but also harmful to health.
A good alternative is offered by hybrid hoods. It combines the technology of the exhaust hoods with the technology of the circulating air hoods. Here it can be selected by pressing a button which technique is desired. Usually are substructure hoods equipped with both techniques, with which most substructure hoods Hybrid hoods are. An example of such a hybrid hood is the NEG extractor hood NEG15.

So that substructure hoods also work properly, so that the cleaning effect is best, and do not break after a short time, hygiene is very important. As a rule, the grease filters have to be cleaned or replaced every month, otherwise they will over grease. Such a filter means a significant risk of fire.