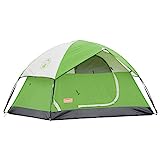 On tent Represents temporary accommodation that is primarily for overnight accommodation on expeditions or travel. Of course, there are also marquees in which performances or parties are held. In addition, nomadic people in some Asian countries live in these light dwellings. Tents are easy to disassemble and fairly easy to transport. The construction of a tent is to put together a substructure and a tent skin. However, the cost of construction depends on the design and size of the corresponding tent.

ridge tent
Among the tents that counts ridge tentto the classics. Two vertical poles and above a tarpaulin one needs only, so that the provisional shelter is finished immediately. The ridge pole increases the stability of the tent. However, pegs and ropes are needed for setting up. In contrast to dome tentthe ridge tent does not have that much space. At the tent entrance, a pole is always a hindrance. But especially nostalgics like this form. Single-leaf tents are a special form of the ridge tent. They are similar in structure. A ridge tent is an optimal outdoor tent.

dome tent
Meanwhile, the dome tent, also known as the igloo tent, is considered the standard tent. Its elastic rods make the special shape. These intersect according to the vertex to the tent to give a certain stability. The four poles also hold the tent floor so that a dome tent can be self-supporting if necessary. Therefore, no ropes or pegs need to be used. In order to get better stability, especially in changeable weather, you should still use them. This makes it an optimal trekking tent.

tunnel tent
This tent is constructed in the shape of a tunnel. Here are elastic rods parallel in the arccurious, which cause the necessary stop. When building it is advantageous to know from which direction the wind comes. Very problematic when tunnel tentis that it can become unstable fairly quickly if the wind actually blows on its broadsides. Because of this tent often contains some sleeping cabins, it is especially suitable as family tent, The bigger that tent is, the more time it takes to set up. One should practice the construction before the first use, so that less problems occur during camping. It is especially popular at festivals.

tENT
It is suitable for those who do not want to build up long. The construction of the tent is comparable to the tunnel tent. It can be stored quite easily due to the ring system. The sturdy and flexible fiberglass rods provide enough stability for the tent. It only takes a few seconds to set up. After you have just opened the package, it is thrown to the ground. When using this tent it is possible to do without herring. Thus, that can tENTbe built everywhere.

Party tent
On Party tentis often used in the home garden. It is best for shade or light rain. Often this tent consists only of four vertical struts. On this a short roof is placed accordingly. A party tent can be set up quite easily. In contrast to the normal tent, it contains much simpler materials. So it is by no means so weatherproof compared to the right camping tent.

What to pay attention to when buying a tent

Water tightness
A special role is played by the tent water column. It shows what amount of water the appropriate tent can hold. From a 1,500-millimeter water column, a tent is considered waterproof.

linkage
The predominant material in the camping and family tent is the fiberglass. The advantage of fiberglass is that it is flexible and lightweight. Therefore, it is often used in the dome and single bow tent. Steel is by no means so flexible and heavier. In the marquee steel is used as a normal linkage, because this tent should be particularly stable.

Material of tarpaulin
The tent tent mainly consists of polyester at the camping tent. In rare cases you can also find cotton as outer skin. She is much more breathable. However, it expands when wet. Sometimes nylon is used as well. It is advantageous here that the substance is much lighter. However, nylon expands in moisture. Therefore, the tent is often nachzuspannen. Therefore, it is recommended to choose a tent made of polyester. The marquee is primarily made of polyethylene, which is completely sufficient for the intended use.